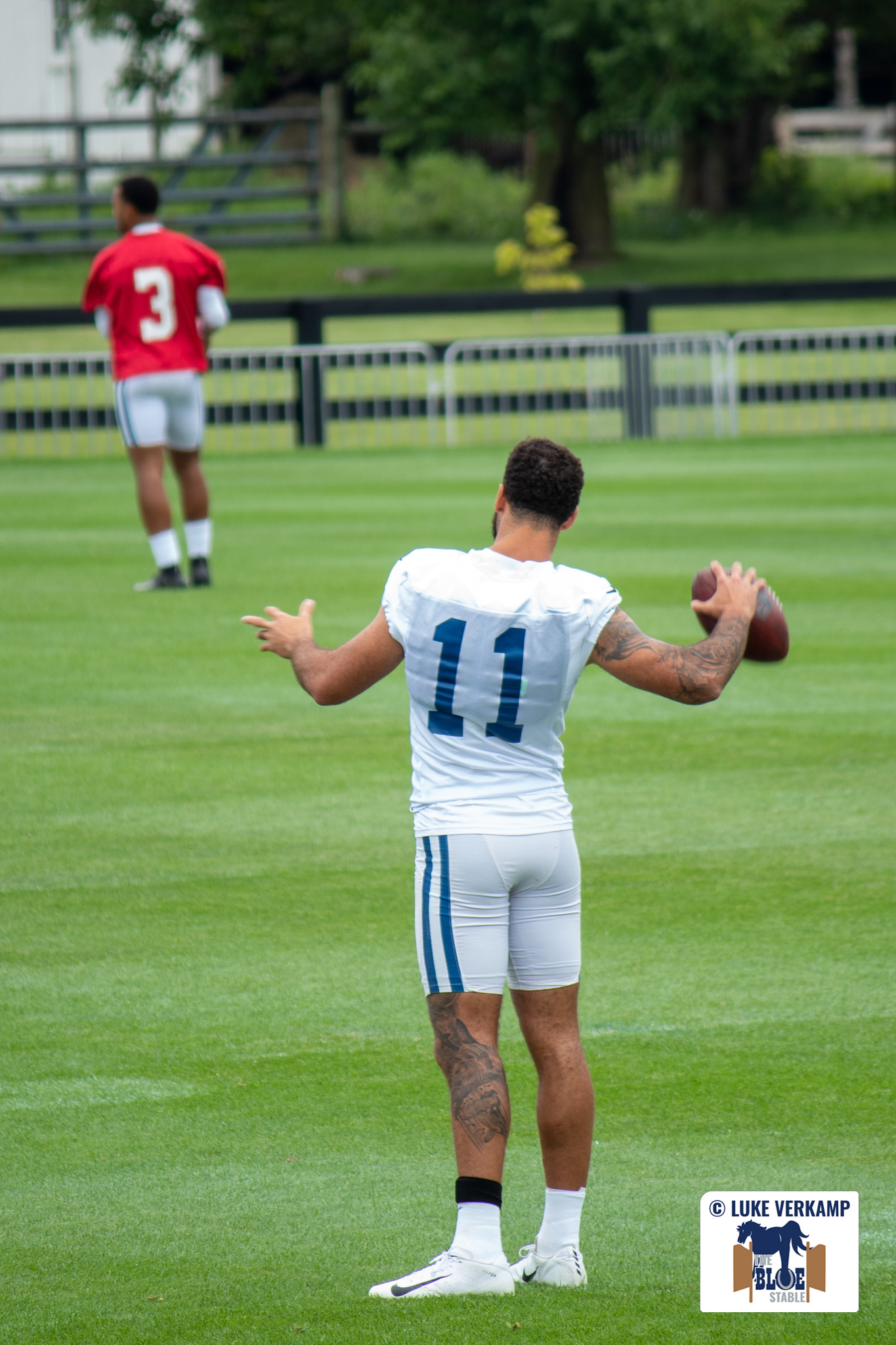 A DFS Guide to Indy vs Tampa

Home » A DFS Guide to Indy vs Tampa

If you’re new to playing daily fantasy or a veteran in the game, I hope this helps you win money. Happy Thanksgiving, Colts Nation. Daily fantasy sports are everywhere in today’s climate. You have the opportunity to become a millionaire by playing fantasy sports! It’s still so wild to me! And I’m going to help you win money this week by picking some Colts and Tampa players.

First, a couple of things need to be said. When making a dfs lineup is looking at the Vegas game totals for the games. Currently, most books will have the Colts and Tampa at 51.5, which is tied for the highest game total of the week with the Raiders and Cowboys. Typically, when you’re looking to fill out rosters, game flow and totals are one of the biggest things. That’s because the game flow will determine who has the ball and how the game’s flow will go. Typically you want to game stack (pick multiple players from one game) a high-scoring projected total. Touts should be salivating to get these teams in their rosters this week—two offensive juggernauts going toe to toe.

Both are great options here—both in a great spot. Tampa ranks 23rd vs. quarterbacks in fantasy, while Indianapolis ranks 24th vs. quarterbacks in fantasy. Brady has thrown for over 300 yards in 2 of the last three games. In comparison, Wentz has thrown for 300 yards just one time this year. In my opinion, I do actually like both quarterbacks. If there was ever a game to not run the ball, it’s this one. But I think the Colts will ultimately not change the game plan as they just faced the top run defense in the NFL and went bonkers. If you’re looking to get other top options in your builds, fading Brady in favor of Wentz wouldn’t be a bad play. If you are going, Brady, know you may not be able to pay up elsewhere for a star.

Outside of these three guys, I have no interest. Taylor is a lot of money. That’s a lot of bankroll that he would account for. Here’s my thought process on playing Taylor. I’ve done this for YEARS. This isn’t my first rodeo. Last year CMC was 10k, and I still played him. When you have a superstar running back, no matter the price, you play him. Last week I had Taylor sub 5% owned. He was less expensive, and now he’s 9,100 people will still fade him. You’ll get low ownership of Taylor now; if you do fade like the rest of the field will, you won’t be at a disadvantage. Fournette, to me, is an absolute must fade. The Colts are stingy to running backs in fantasy. Hines adds good value; if this game turns to a blowout having Hines for his PPR upside wouldn’t be a terrible idea. But I wouldn’t advise playing Hines unless it’s a Milly maker.

This, in my opinion, is where you start stacking; you want two of these guys at least. Mike Evans is dealing with a back injury. Just back tightness but could be disturbing to play with. In my opinion, I don’t want a lot of Evans shares for that reason. If Antonio Brown plays, I want all of him. Every single lineup, I want him in my roster, especially if Godwin and Evans suit up. Next, I want Pittman Jr. At 5,600. He’s affordable and gives flexibility elsewhere. This should be a big game for Pittman, And 5,600 is a steal. Finally, I am projecting a big game for Pascal, so adding in a cheap Pascal would be good if you play Brady.

Yeah, I’m not too fond of the Indianapolis tight ends. I am comfortable fading both of them. Favorable fantasy matchup, but I don’t see them getting involved with the game flow. However, Gronk needs to be in the lineups. He’s my best play of the week. Indy likes to give up stuff to tight ends; they rank 29th vs. TE in fantasy. Gronk saw eight targets in his return game and no setbacks meaning he’s in line for a big game vs. the Colts. Doyle could find the end zone, but I’m still fading him. I’d much rather pay up for Gronk.

Don’t even think about it. Fade it.