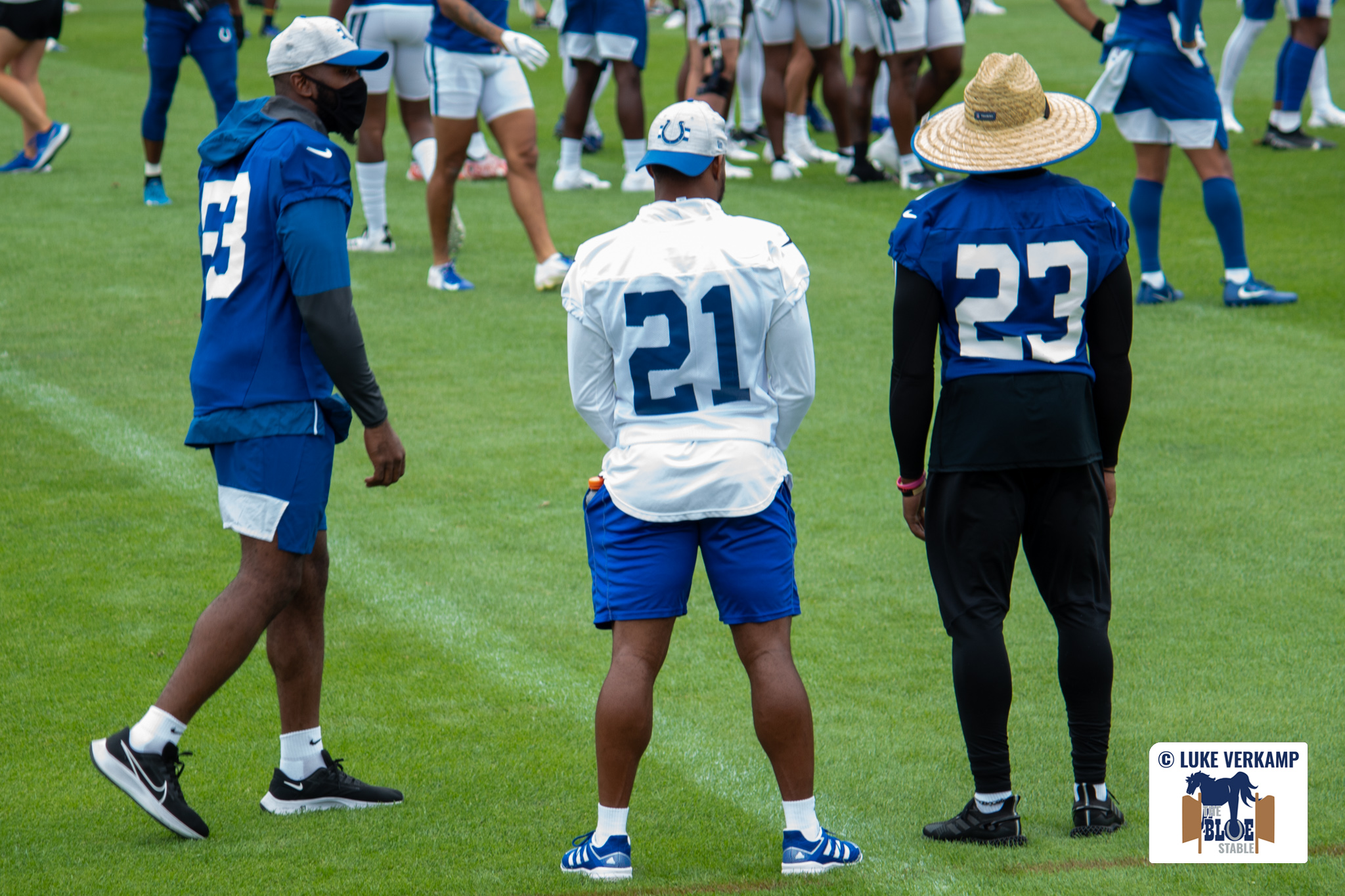 Home » Can the Colts Win the AFC South?

It was a huge win for the Colts, one that was as important as it was satisfying. For the first time since 2009, Indianapolis beat New England. Both teams had enjoyed a productive bye week, watching their stock rise as key playoff rivals lost. The Colts were dominant for two and a half quarters (the Patriots scored right at the beginning of the fourth quarter but it was set up at the end of the third quarter). The Indianapolis defence was particularly impressive, with Leonard and Okereke getting interceptions, Bucker getting a sack and the team forcing a turnover on downs. New England got back into it in the fourth quarter led by two Hunter Henry touchdowns. But when Jonathan Taylor broke through to score a game-ending 67-yard touchdown in a raucous Lucas Oil stadium, the Colts could enjoy a memorable and well-deserved win.

It was by no means a flawless performance, with Carson Wentz notably having a bad day despite some vital fourth down QB sneaks. They probably should have killed the game earlier by scoring touchdowns when the defense gave them excellent field position. Instead, they had to settle for field goals, one of which was missed.

The win puts the Colts in a strong position in a crowded AFC playoff race. They hold the fifth seed in the AFC at 8-6, level with the Chargers and Bills. The Ravens sit just outside the playoff positions also at 8-6, ahead of the Steelers at 7-6-1 and a glut of teams at 7-7. Nothing is guaranteed at this stage, but the Colts destiny is in their own hands. They can probably afford to lose one more game this year (most likely against Arizona) and still make the playoffs at 10-7, given the number of contenders who have to play each other over the net three weeks.

But Saturday’s victory, alongside Tennessee’s loss to Pittsburgh raises the chance of something I though was no longer possible. Whisper it, but Indianapolis now have a chance to win the AFC South. It’s something the Colts haven’t done since 2014 and was their primary goal heading into this season. They’ve made the playoffs plenty of times in that span, but I thought we’d have to wait another year to win the division after the second loss to the Titans in week 8. However, the Colts have only lost once since then, whilst the Titans have faltered after injuries to Henry and Brown.

Tennessee still have a one game lead at 9-5, although they hold the tiebreaker after winning both of this season’s head-to-head matchups. Realistically, Indianapolis need to win all three of their remaining games if they’re to win the AFC South. This Saturday’s game against the impressive Cardinals looks to be the toughest of those games, although Arizona look more beatable after a poor loss to Detroit. The Colts have been truly in every game since their week three loss to Tennessee and at certain points had significant leads in their losses to the Ravens, Rams and Buccaneers. I certainly expect Indianapolis to be in the game against Arizona, and they have a real chance to get over the line and secure a big win. Jonathan Taylor will once again be central to their chances of victory as he plays a Cardinals defence that is vulnerable against the run.

After Arizona comes a talented Raiders team that has once again tailed off in the second half of the season and a Jacksonville team the Colts should soundly beat. That means that if they can beat Arizona on Saturday, Indianapolis should finish 11-6 and enter the postseason with real momentum.

To secure a home game to start the playoffs, they’ll have to hope Tennessee lose two of their final three games. I think we can reasonably assume they won’t lose their final game to Houston, even if they did almost lose to a pre-crisis Deshaun Watson-led Texans in their final game last year. That leaves Tennessee’s next two games as the ones that will likely decide their fate.

Their Thursday Night Football game against the in-form 49ers looks to be a very tough match. I’d put San Francisco as clear favourites to get the win. Garoppolo is outplaying Tannehill, Tennessee lack the healthy offensive weapons to hurt San Francisco and the 49ers have elite weapons in Samuel and Kittle. Their penultimate game is against Miami. Indianapolis had the good fortune to play the Dolphins in the midst of their early-season slump, although the Colts were experiencing an early-season slump of their own. Miami are a much more intimidating opponent now then they were back in week 4. This is the toughest of the Titans remaining games to predict, but at the moment I’d give the edge to the in-form Dolphins.

So much of Tennessee’s fortunes rest on the health of their two primary offensive weapons in Henry and Brown. AJ Brown is eligible to come off of IR this week, so they should be back in time for the playoffs (I think it’s safe to assume Tennessee will make them) and probably the Texans game. San Francisco on Thursday looks to be too soon for him, and it’s hard to tell at this stage whether he’ll be ready to play Miami. Derrick Henry could still be back for the end of the regular season or the start of the playoffs, but his timetable for return appears to be less certain. Should Tennessee get Brown and Henry back and healthy, they’ll be an entirely different beast. One capable of beating any NFL team on their day. Should Brown and Henry return soon, they should be considered strong favorites to win the AFC South. But without them, I expect the Titans to continue to flounder. At this stage, I don’t expect either of them to be fully fit in time to play Miami in week 17.

It must be considered unlikely that Indianapolis will win the AFC South this year simply because they need so much to go their way. Yet despite how unlikely it must be considered; I think the Colts will do it. The momentum is so much in their favor and so against Tennessee, while the remaining fixtures seem to favor Indianapolis too. We should know by Sunday whether my prediction is still alive. However the Colts make the playoffs, they’ll be a team no one should want to play in the postseason if they can maintain their current form.