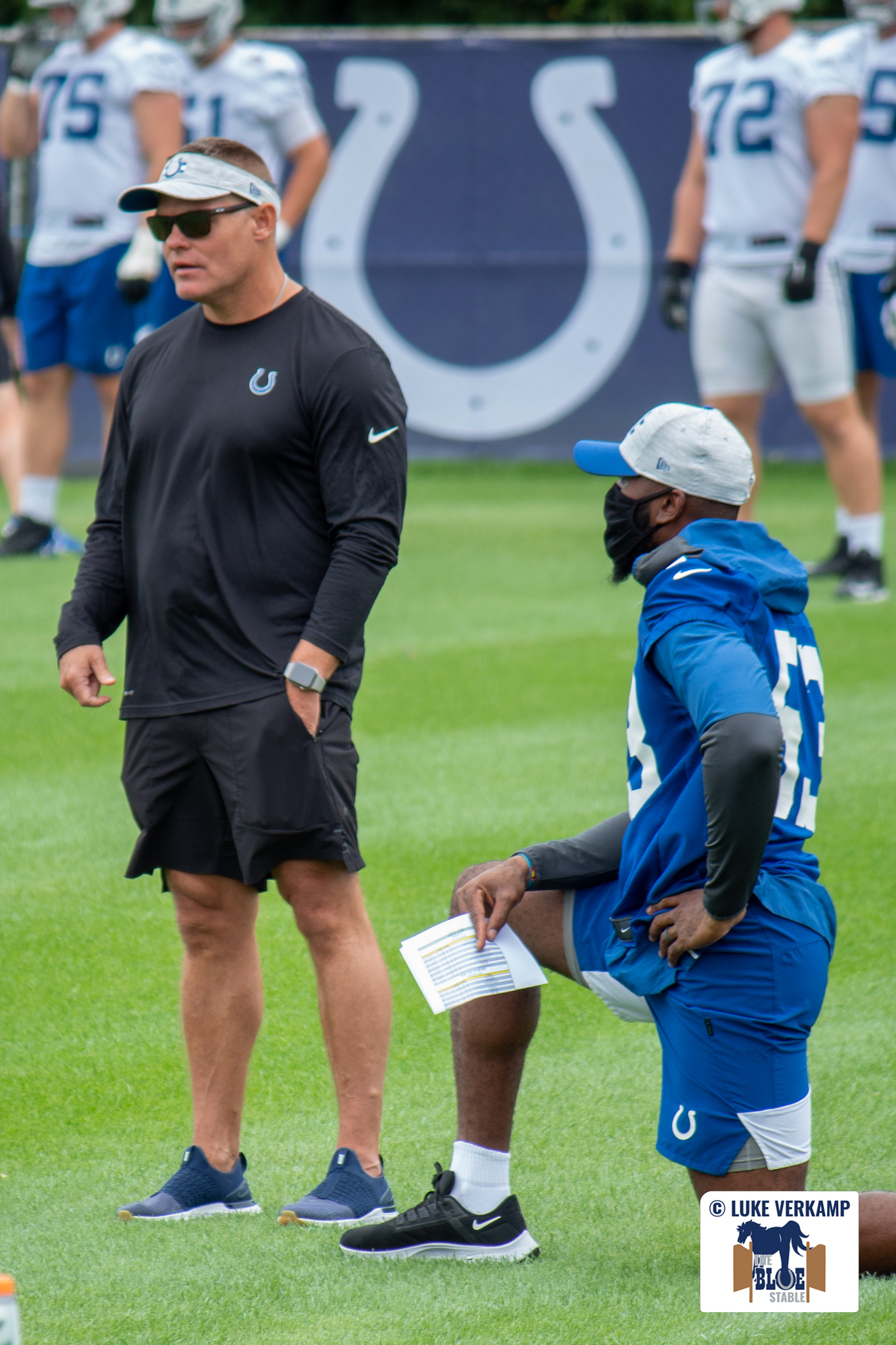 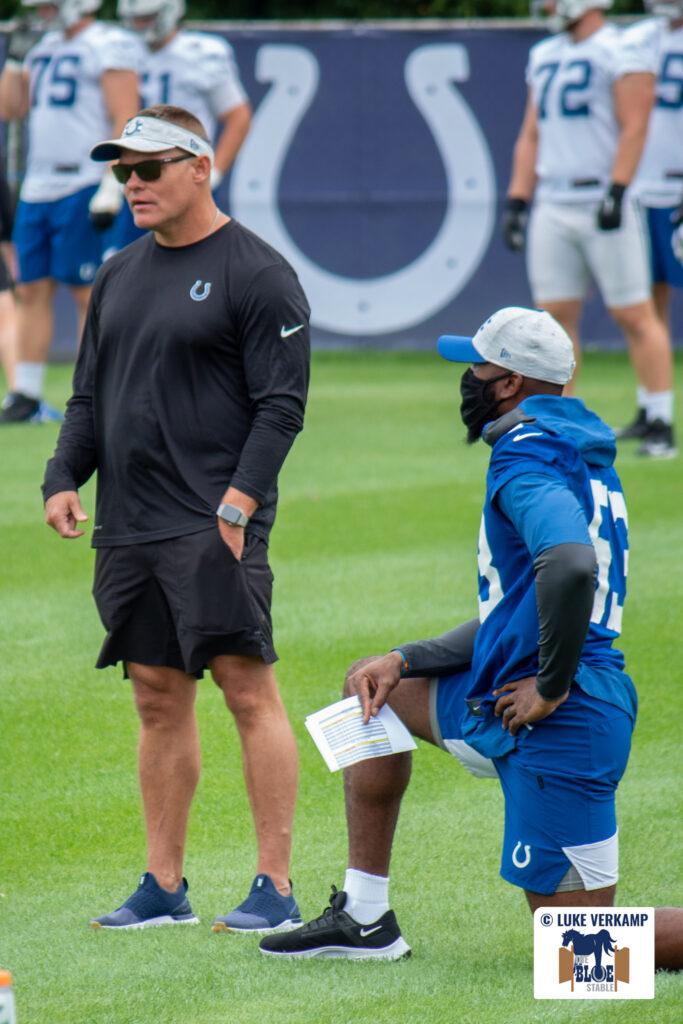 We all thought it was coming; the Colts hierarchy said it was coming, and now it is here. Darius Leonard is getting paid. His new 5-year, $99.25m contract was announced today. The contract makes him the highest paid interior linebacker, giving him an average of $19.85m a year. Leonard will get $20m a year for the first three years, leaving him with $39.25m left to be paid over the final two years of the contract.

Is he worth it? How does the contract compare to the other best paid linebackers in the league? Just how good is Leonard compared to them? I’ll do my best to explore all those questions.

It was always likely that Darius Leonard’s own extension would follow when star San Francisco linebacker Fred Warner got a record-breaking contract this offseason.

Jim Irsay and Chris Ballard have repeatedly said throughout this offseason they hoped big extensions for Leonard and Braden Smith would be done before the season starts. Smith’s new contract has already been agreed, so the Colts front office will be very pleased to have secured the long-term future of both those key players.

An even bigger contract for Quenton Nelson is likely to be agreed upon next year. Having picked up his fifth year option, the Colts have an extra year to complete Nelson’s extension. New contracts for that elite trio certainly fit with Chris Ballard’s ethos of drafting well and paying your own players. So it certainly isn’t a surprise to see Leonard get his extension, even if it is a massive one.

Leonard’s new contract sees him being paid a fraction more than Fred Warner as the top two highest paid linebackers in the league. However, the difference is negligible (I’m not including edge rushers who play outside linebacker as they’re a very different beast). Both will be paid slightly more than Bobby Wagner’s $18m average yearly salary. Fourth is the Jets’ CJ Mosley on $17m a year, whilst other top linebackers like Lavonte David and Eric Kendricks are bargains at $12.5m and $10m a year, respectively.

I’ll dig deeper into how Leonard compares to the other top linebackers later, but it’s clear Leonard is one of the very best.  I think he’s one of the four best linebackers in the league alongside Warner, Wagner, and David. With Kendricks and Roquan Smith fighting it out to round out the top five.

We know that when it comes to elite players at any position, the player who was paid most recently tends to be paid best. Therefore it’s, therefore no surprise that Wagner was the best paid linebacker and that Warner and now Leonard have overtaken him. Warner and Leonard’s youth makes them particularly valuable, whilst Lavonte David’s age is part of the reason he’s not paid more. As another member of that stacked 2018 linebacker draft class, I’d expect Roquan Smith to get paid handsomely but less than Leonard, Warner, and Wagner when their extension is sorted.

Naturally, this raises the question, just how good is Darius Leonard? He’s certainly built an impressive CV since he was drafted in the second round of the 2018 draft. He’s a two time Pro Bowler, two time first team All-Pro, one time second team All-Pro and 2018 Defensive Rookie of the year. Those accolades alone show that Leonard’s been consistently elite since entering the league.

The stats Leonard put up in the process of amassing those awards are impressive as well. In 42 games, he completed 416 tackles (268 solo), 15 sacks, 9 forced fumbles, 4 fumble recoveries, and 7 interceptions. It can be difficult to make sense of numbers like this in isolation, but it’s clear Leonard is a well-rounded defender capable of changing games in several different ways. These stats also don’t show how much of a leader Leonard has already been in the locker room even in the early stages of his career.

Fred Warner is probably the best comparison for Leonard, given they were both drafted in 2018 by good, well-rounded teams (albeit ones that haven’t had the best injury luck in recent seasons). This is important when comparing salaries because we know both teams are trying to juggle paying their star linebacker alongside paying other top players like Kittle, Williams, Smith, and Nelson either now or in the near future.

Whilst Warner is clearly an elite player, his stats on all the key metrics are worse than Leonard’s.  He also has ‘only’ one Pro Bowl and one first team All-Pro selection.

There are indeed some aspects of great play that don’t show up in stats. This can certainly be true when it comes to defending the pass, as offenses can choose not to pass the ball near you. Warner’s advocates emphasize how good he is in pass coverage. I’ll leave it to those with more expertise studying film than myself to determine just how good Warner is against the pass. But I’m certainly not disputing that Warner’s an elite linebacker who excels against the pass.

Like many Colts fans, I think Leonard’s stats show he’s the better all-around linebacker than Warner. But it does partly come down to what you’re looking for from a linebacker and what you value most on your team. But clearly, Leonard’s ability to make big plays at the end of tight games (as we saw last year) is valuable.

What does matter is whether Leonard’s contract is so expensive it’s detrimental to the organizations’ long-term health. Some have said that no linebacker is worth $19m and that big money would be better spent in areas like the edge rush. This certainly isn’t a perspective shared by Chris Ballard, who has said, “You never regret paying a great player. I don’t give a crap what position it is.”

I can understand why fans might be wary of devoting too many resources to certain positions, and I’m certainly a great advocate for prioritizing the trenches. That being said, I don’t think you can say that the position of Lawrence Taylor and Ray Lewis isn’t worth paying elite players big money. The truly great linebackers can takeover games, it’s too early to put Leonard in that category, but he has the potential to reach that level.

I don’t expect Leonard’s contract to be so expensive it hurts the rest of the team. Whilst any big contract comes with an opportunity cost, there is great value to paying your elite players when you find them. The Colts know this and have preached this philosophy since Chris Ballard became GM.

Because of this philosophy, Ballard has been prudent with the Colts’ finances. He’s avoided spending big in free agency precisely because he’s known big contracts for Leonard, Smith, and Nelson were coming. With two of those big deals already done, the Colts are confident they’ll be able to agree to a new contract for Nelson next year. It won’t be cheap, but it shouldn’t jeopardize the future of key players like Wentz and Buckner, who are already on long-term deals.

We should also remember how low the salary cap is this year because of the pandemic. It won’t rebound instantly, but we can expect it to rise rapidly as the US economy recovers from the pandemic and the NFL’s new TV deal makes its mark. That should leave the salary cap much higher in three years, giving the Colts plenty of headroom to pay their key players.

Because of this, I don’t see Leonard’s contract (or Smith’s and later Nelson’s) hurting the rest of the team. While spending that much money can be painful, it reflects the quality of players the Colts have drafted in recent years. Colts fans should be grateful Leonard’s contract keeps him in Indianapolis for the foreseeable future. However, I’d understand if AFC South offenses are less excited at the prospect. 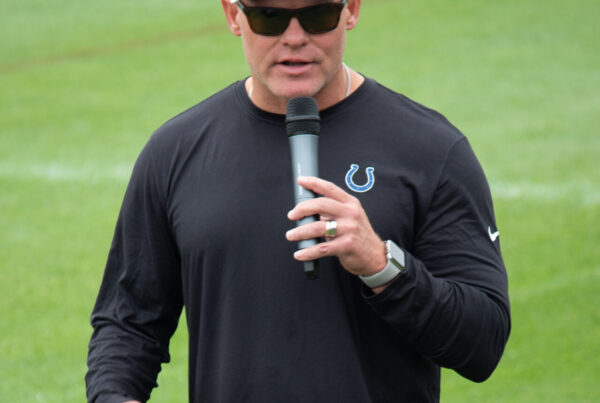 Is this a make or break off-season for Colts GM Chris Ballard? The Colts 2021…
Michael Pevia 0 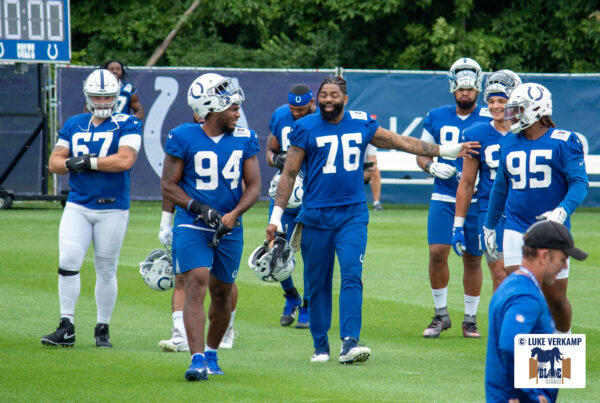 Small Market Struggles: The National Media’s Animosity for the Colts

As the season approaches and the Colts’ first game get closer to kickoff; This is…
LucasRobins 0