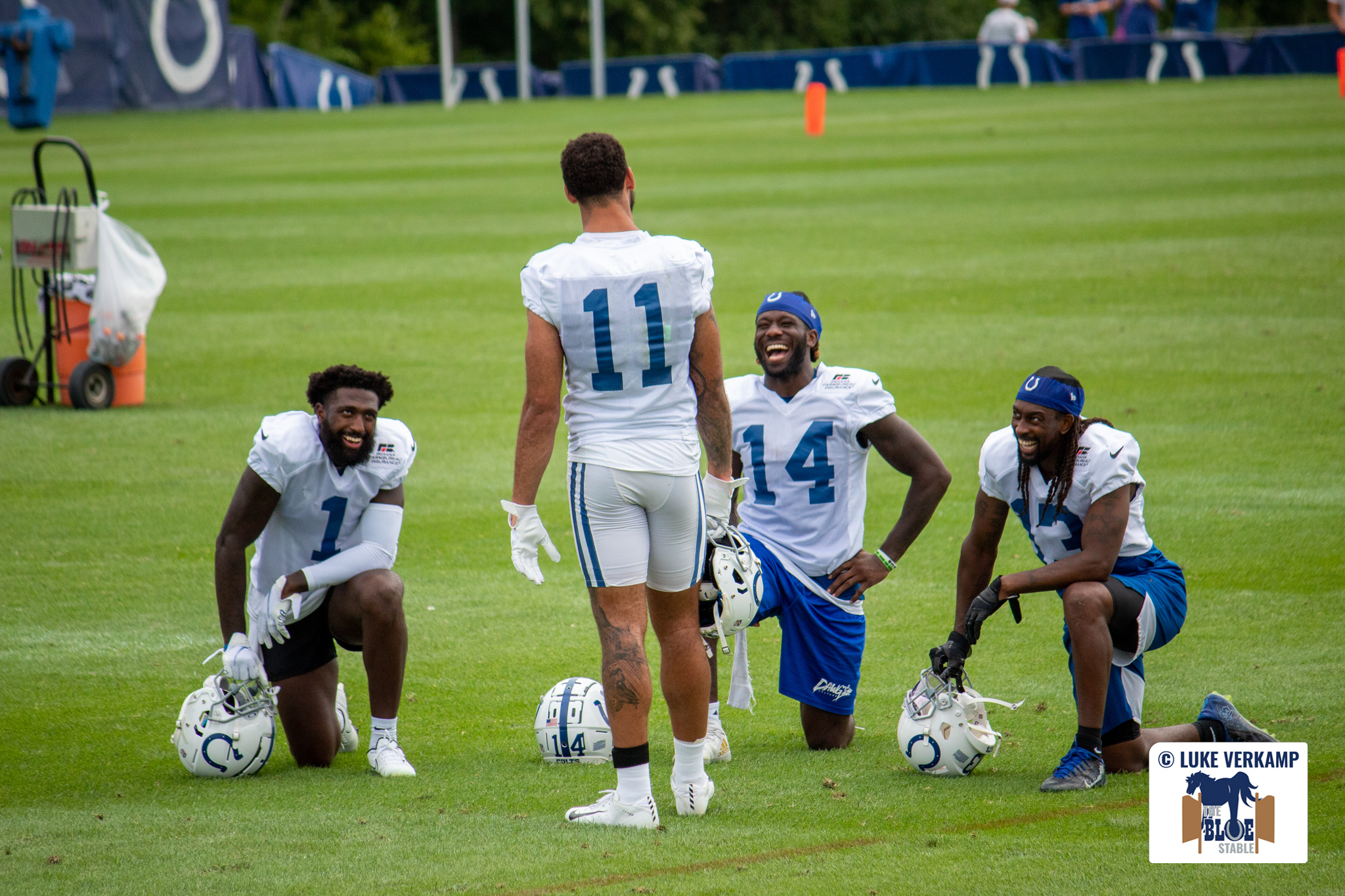 By SebastianBenchDecember 4, 2021No Comments
Embed from Getty Images

With one more game left before their very late bye week, the Indianapolis Colts are right in the mix of the AFC playoff picture. With the Titans on their bye week, the Colts have the opportunity to pull another game back on Tennessee. Although the team’s best chance of a playoff spot still looks to be through another wildcard berth. At 6-6, they’re currently on the outside looking in at the playoff picture, but they’re surrounded by 7-5 and 6-6 teams. So winning their four remaining AFC games should be enough to make the playoffs.

The Texans are the first of those teams this Sunday and potentially the easiest. Along with the Jaguars, Houston has been one of the worst teams in the NFL this year. However, Indianapolis dominated them in week six, a win that went a long way to getting Indianapolis’ season going.

That win followed two narrow victories last year. Two games that were kept close largely thanks to the exploits of Deshaun Watson and JJ Watt, two players who haven’t played for Houston this year for very different reasons.

The Colts have looked very good (although not perfect) since that week six win against the Texans. The narrow losses to the Titans and Tampa were undoubtedly frustrating, but they (alongside the earlier close defeats to the Rams and Ravens) showed the Colts could hang with any team in the NFL. However, let’s be brutally honest, the Texans are a long, long way from being one of the best teams in the NFL.

Indianapolis has usually had one aspect of their game that has let them down. Whether that’s the secondary, the pass rush, or the offense making too many drops. The notable exception was the near-perfect week 11 win against Buffalo. The 41 points scored against one of the league’s best defenses in the Bills was brilliant. But Indianapolis has had statistically one of the best offenses since week 8, averaging 33.5 points a game. That average is the best in the league over that period. They’ve only failed to score 30 points once since week five, and even that was in the week 10 win against Jacksonville. 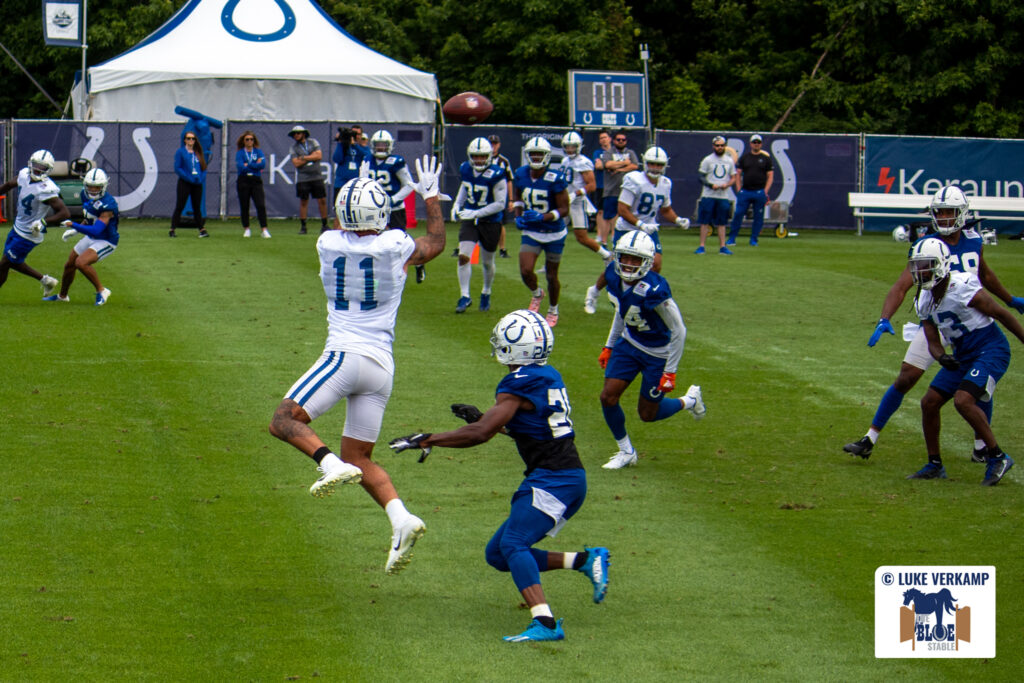 There’s a lot of credit to go around for these fine offense performances. A healthy offensive line has been formidable, Wentz has played well, and Michael Pittman has become a star wide receiver. That’s not to say that any of those three have been perfect. We can point to Fisher’s failure to block Barrett for the strip-sack and Pittman getting out-jumped by Winfield Jr as two key moments in Sunday’s defeat. Likewise, Wentz’s interceptions against Tennessee were costly and foolish. But overall, all three have been playing well. However, none can compete with the Colts star performer this season and my pick for this week’s MVP.

Let’s not overcomplicate this. Jonathan Taylor has been the Colts most important and effective offensive weapon. He’s been the best running back in the league this year and has firmly put himself in the MVP conversation. Even in a quiet game by his standards against the league’s best run defense in the Buccaneers, Taylor scored a touchdown and had 97 all-purpose yards. 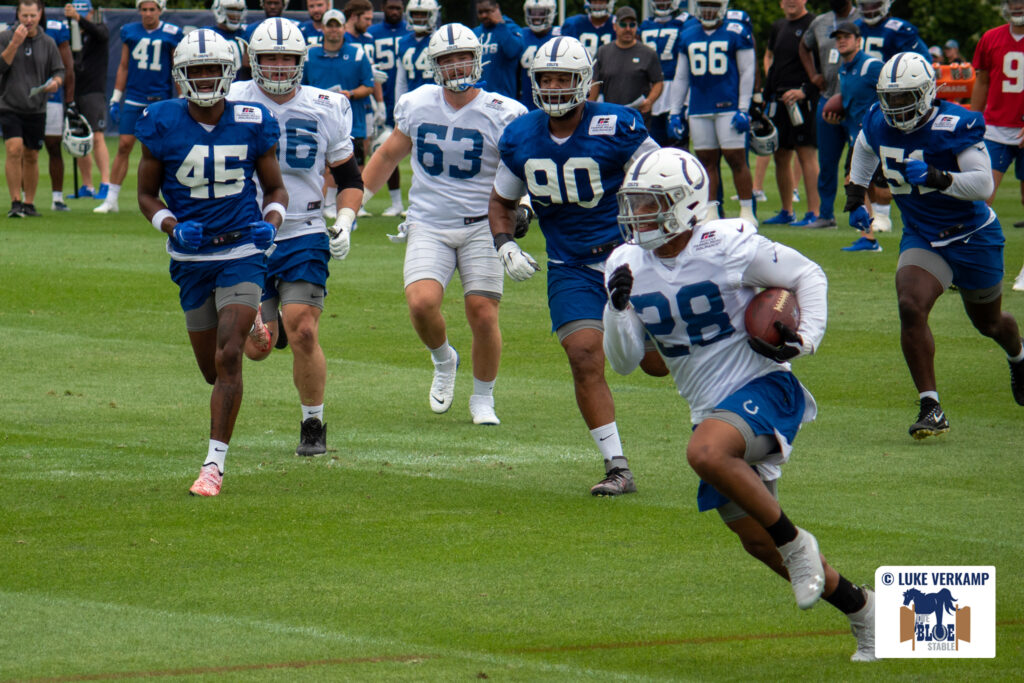 I don’t wish to be too harsh on Houston, but their run defense isn’t going to be mistaken for Tampa’s anytime soon. Houston has struggled against the run for the past two seasons, which is far from ideal when you have Taylor, Henry, and Robinson in your division. However, in their game at the Lucas Oil Stadium earlier this year, Taylor rushed for 145 yards and two touchdowns. There’s no reason to suggest he can’t repeat that performance on Sunday.

Jonathan Taylor is fresh off winning back-to-back AFC Offensive Player of the Month Awards. He’s running behind an elite offensive line and playing against a suspect defensive line. So he’s the obvious choice to be player of the game.

However, I’d be remiss not to mention someone else as a potential MVP. You can never rule out TY Hilton dominating against the Texans. Even in difficult seasons like this one, he still shows up against Houston. It was as if ‘The Ghost’ was acting out of instinct in their game back in October. 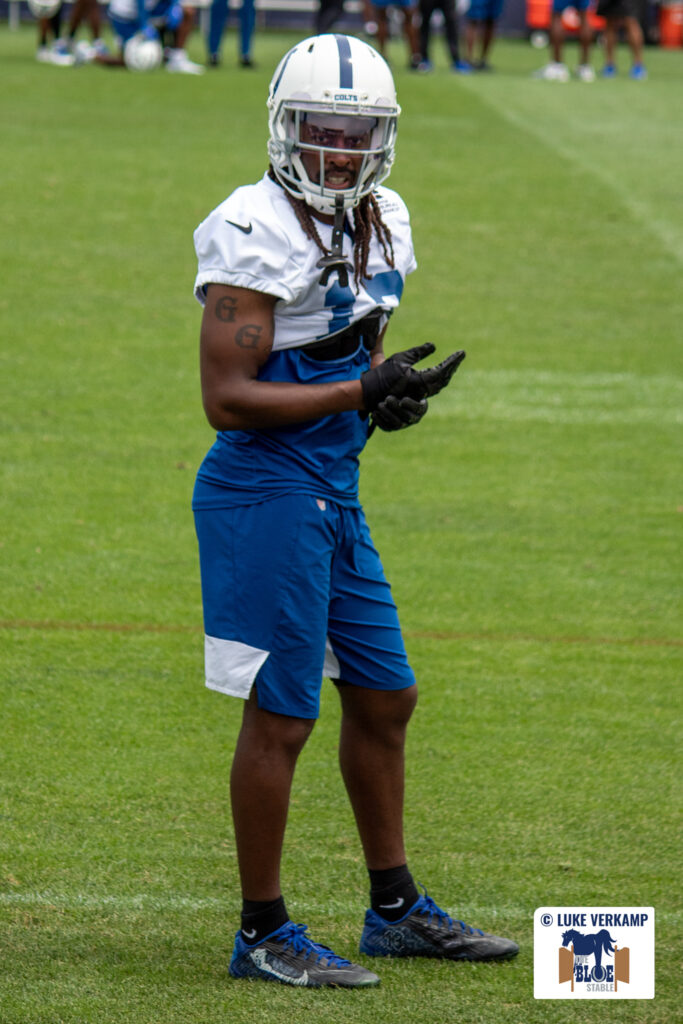 Having missed the Colts first five games, Hilton turned up to face the Texans and coolly put up 80 receiving yards. 52 of which came on one play. Unfortunately, Hilton has picked up a few injuries and missed several games in the weeks since. But Hilton’s ability to shred the Texans even if everything else has gone wrong for him is admirable.

TY’s career stats against Houston are incredible. He’s accumulated 1,883 yards and 11 touchdowns against the Texans. Perhaps even more impressively, 1,061 of those yards and eight of those touchdowns have come in Houston. That, of course, is where Sunday’s game will be played. We all know that the best years of Hilton’s career came when he was catching balls from Andrew Luck, but you can never rule out Hilton’s ability to be a player of the game against the Texans. 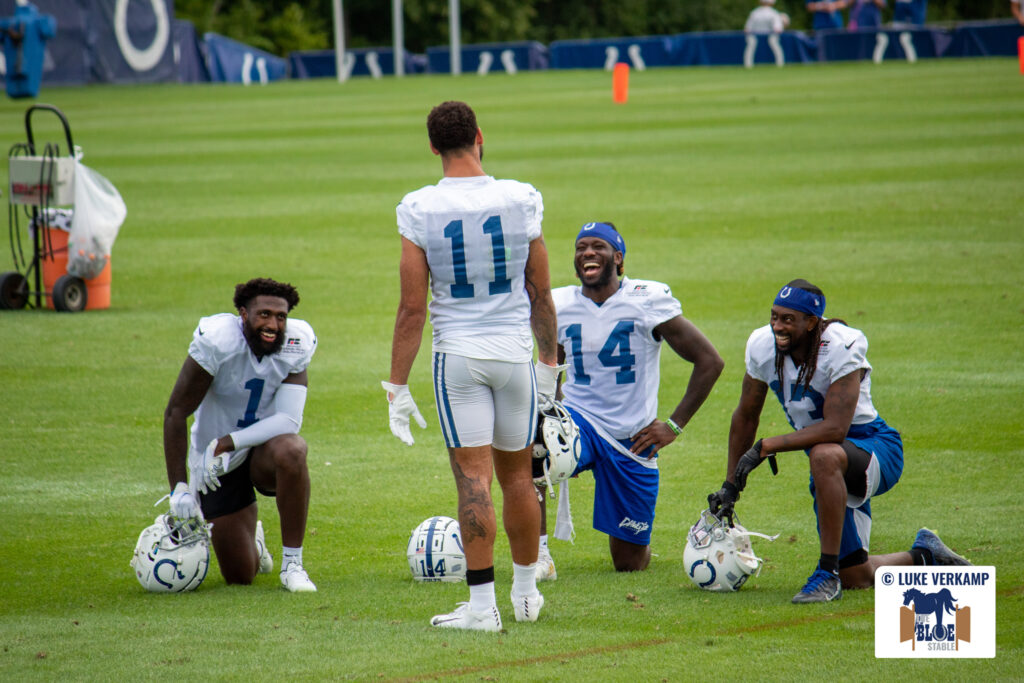 I do expect the Colts standout player to be on offense. But the defensive players with the best chance of dominating the game are Darius Leonard or DeForest Buckner. I concede neither are particularly unique suggestions. But Darius Leonard has the opportunity to shut down a not particularly impressive Texans running game while adding to his forced fumble tally for the season. While Buckner has the best chance to overwhelm Houston’s offensive line, one that is probably amongst the worst in the league. If he can add a few sacks to his season tally of 5.5, he’ll have a chance of being player of the week. I should note that both Leonard and Bucker carry niggling injuries into the game, but I expect both to play.

Overall, the Colts defense has had its share of bright spots and disappointing moments. Its inability to stop the Ravens from coming back was costly, and even the number of points leaked at the end of the win over the Jets was concerning. At times the pass rush has looked a little lightweight; at others, the secondary too leaky. These aren’t necessarily long-term issues if Ya-Sin, Rodgers, Paye, and Odeyingbo can develop into the players they can be. 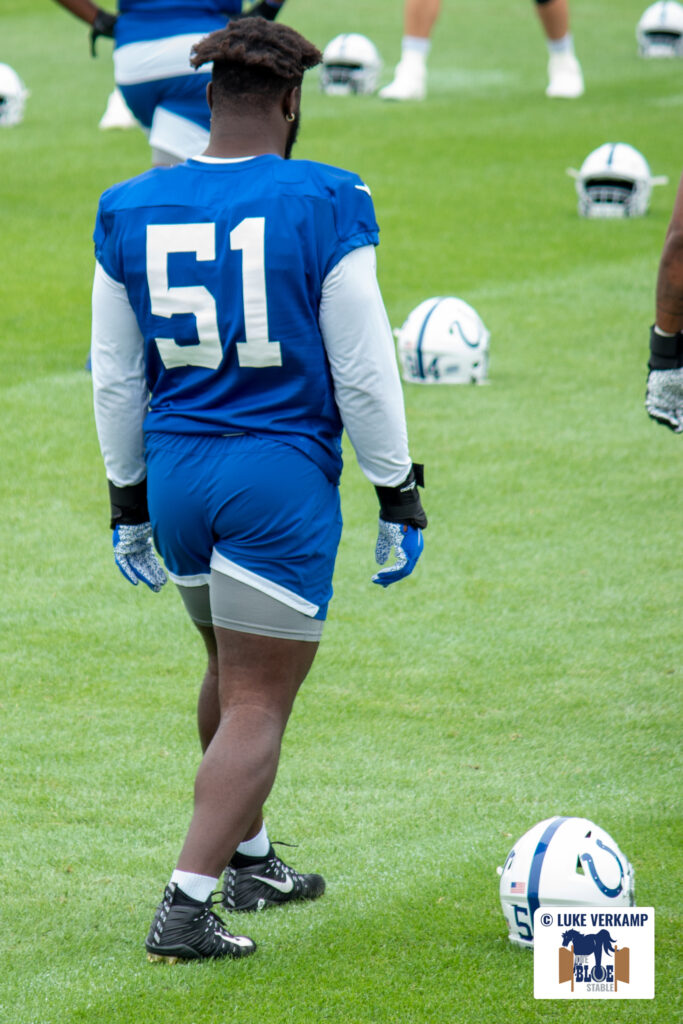 The great strength of this Colts defense has been the turnovers it has forced. Indianapolis set themselves an ambitious goal of getting 40 turnovers. They’re currently just off the pace to reach that goal, but a great week against Houston could put them back on course. There will be tougher tests for this defense in the coming weeks, not least against Arizona. But this Colts defense should be able to keep Houston’s offense quiet, especially if the Colts offense keeps the pressure on the Texans by keeping the scoreboard ticking.

Indianapolis should be meaningfully better than Houston on both sides of the ball (and should have a special teams edge too). I expect the game to be similar to their first matchup of the year, albeit with the Colts scoring more points but allowing a few more too. The strong performance I expect from Taylor will also help Wentz, Hilton, and Pittman in the passing game and open up the deep ball. This should allow the Colts offense to continue its impressive scoring form of recent weeks. We’ll have to see whether the Colts defense can click on Sunday, but they should be better than a Texans offense that has lacked weapons this year. I’m expecting a dominant win for the Colts that reinjects some momentum into their season ahead of the bye week and a vital game against the Patriots. 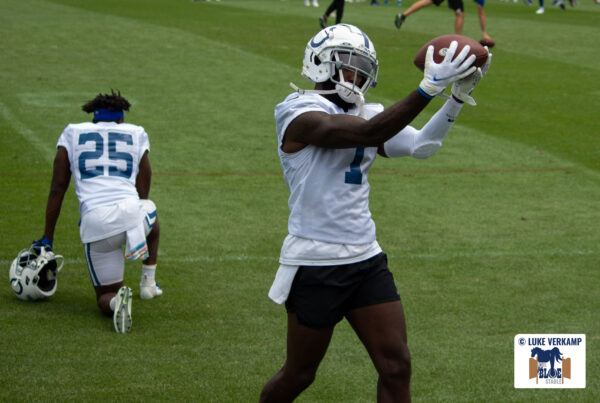 Embed from Getty Images  The season finale is here! Coltsnation we did it! We made…
Joshua Perez 0 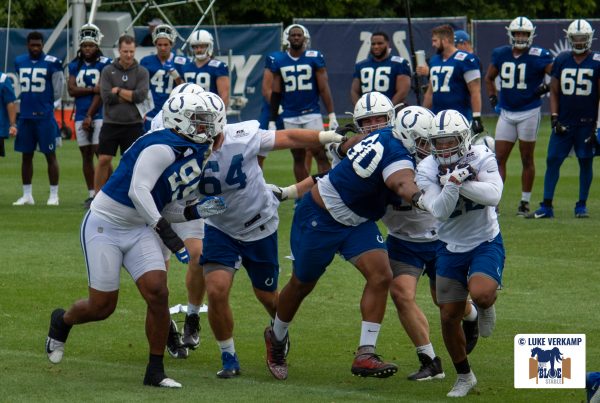 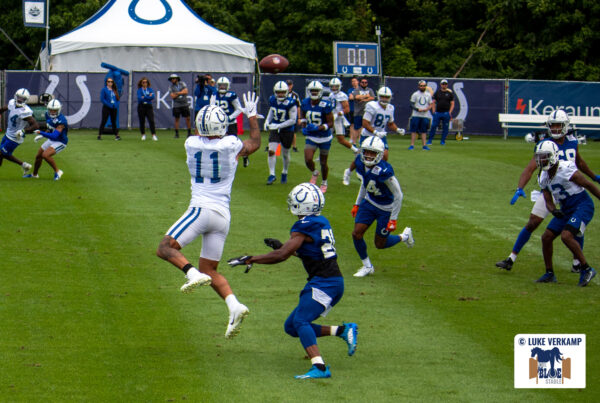 Embed from Getty Images  Week 11 is upcoming on the NFL calendar, and the Indianapolis…
Jack Guiley 0