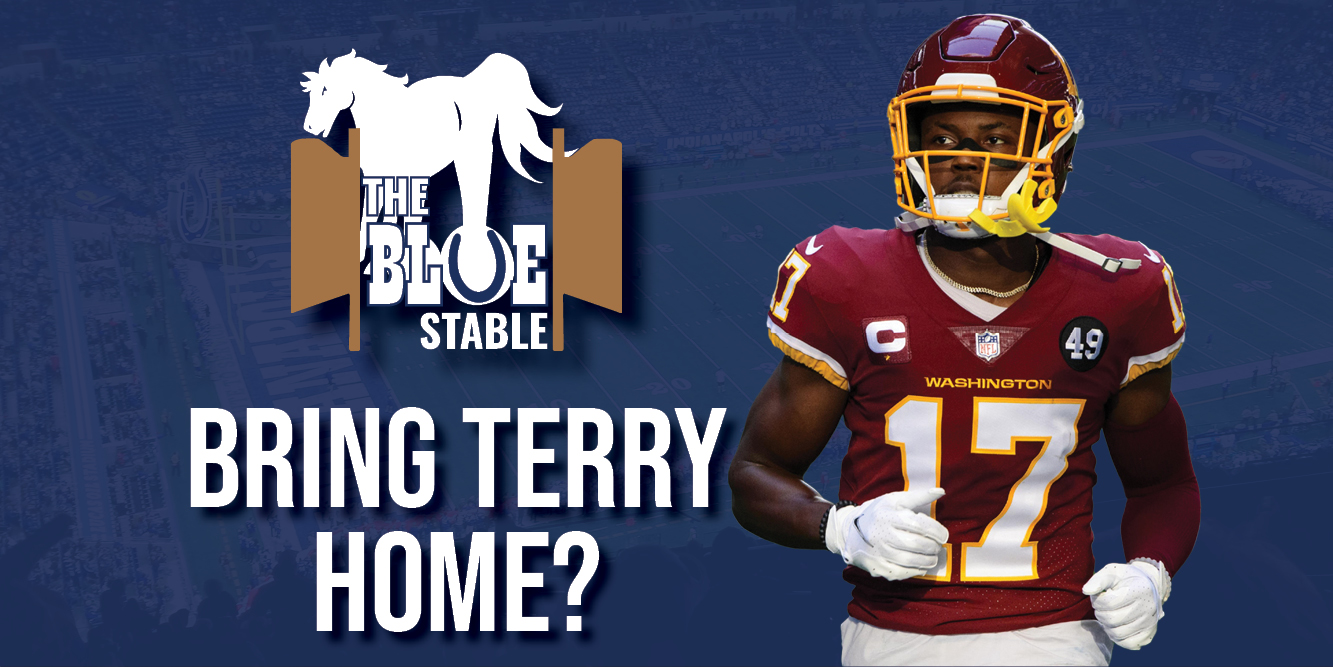 Terry McLaurin isn’t planning to attend mandatory minicamp for the Washington Commanders. Could a return home be on the horizon?

The Washington  Commanders are currently in a negotiation with star wide receiver Terry McLaurin over getting a long term extension. The former Ohio State Buckeye is entering the final year of his rookie contract and wants to be paid like other top WRs this offseason: handsomely.

Terry McLaurin will not be at Commanders minicamp, per @Rapsheet

McLaurin is still looking to get a long-term deal. pic.twitter.com/fLjnfC1nyf

As negotiations have stalemated and a holdout has ensued, the possibility that McLaurin will be traded away has become increasingly likely. While there is sure to be no shortage of suitors interested in adding Terry to their pass catching corps, could the Colts be amongst them? If reports are any indication, they have already inquired about him earlier:

So, I know Indy inquired a few months back. Washington was firmly against it but who knows what will happen with the recent hold out. The two sides are so far apart right now https://t.co/qXlDh7mmbh

It is apparent that the Colts have had interest in trading for Terry McLaurin around draft time. However, the Colts WRs have had one major addition potentially since then, spending a 2nd round pick on Cincinnati WR Alec Pierce. Could his addition lessen the Colts need or urgency to add to the WR unit?  The Colts really like Pierce and have been impressed by his performance so far in OTAs and Rookie Camp, so that certainly is a possibility.

However despite adding Pierce to the WR core, Terry McLaurin would be an even bigger upgrade for the Colts. Similar to Pierce, McLaurin is a dynamic deep threat with the ability to stretch a defense vertically.

Unlike Pierce, he has proven to be one of the best route runners in the NFL and has been used effectively in all areas of the field consistently. He is one of the most efficient WRs in the NFL in both contested catch situations and vs press coverage despite being only 6’0, and he has produced annually despite lackluster QB play in Washington throughout his career thus far.

Given this well rounded and proven skill set, adding the 2013 Mr. Indiana Football award winner to the Colts WR room with Pierce, Michael Pittman Jr., and his former Buckeye teammate Parris Campbell would form one of the deeper WR rooms in the NFL.

Terry McLaurin wins at a superstar level in #ReceptionPerception:

Giving McLaurin the chance to finally play with even an average starting NFL caliber QB would be an upgrade over the litany of passers he has endured thus far. But pairing him with one of the most accurate QBs in the NFL in Matt Ryan who has been a proven top 10-15 QB throughout his career would be a phenomenal move that could lead to some magic. Getting a chance to do so back in his hometown of Indianapolis would be very special indeed.

How much would it cost?

Ultimately this is what would determine if the disgruntled WR lands in Indy. As much as McLaurin might want to return home to Indiana, it is the Washington Commanders who will determine where he is traded to. On top of the trade cost to acquire him, whichever team that does get him will need to extend him for 2023-2026 at least. But how much will the Colts potentially have to give up to get McLaurin? Expect the ballpark estimate for both to be similar to fellow 2019 draftmate AJ Brown:

“Terry McLaurin should get paid at least what AJ Brown got.. GET THIS MAN BACK HOME TO INDY” ~@DariusJButler#PMSLive pic.twitter.com/VcvlXUVKjP

To acquire McLaurin, sending a 2023 1st and 3rd round pick would be a reasonable trade cost. It would hurt the Colts’ chances to get a Matt Ryan successor at QB in the upcoming draft, potentially pushing that down the line to the 2024 or 2025 Drafts.

However, this trade would be a bold move to try and get Ryan a ring in his time with the team over the next two years. McLaurin’s contract extension would be a heavy addition to the Colts salary cap burdens in 2023 unless backloaded (a method Ballard’s front office rarely employs in his contracts), as the Colts still need cap space to try and retain Quenton Nelson, Yannick Ngakoue, Khari Willis, and Bobby Okereke after this upcoming season.

TERRY MCLAURIN CAREER HIGHLIGHTS ARE OUT

Ultimately while this is a trade that would put the Colts directly in contending status for this upcoming season, it might not be on the books without some cap manipulation or a back loaded extension as it would jeopardize retaining several key players.

The picks could be costly but worth it if the Colts make a significant playoff push, however it would delay the Matt Ryan succession plan. While the deal isn’t impossible to pull off, its likelihood is small.

Nevertheless, adding Scary Terry to the roster would almost certainly help the Colts reach their ceiling this season…