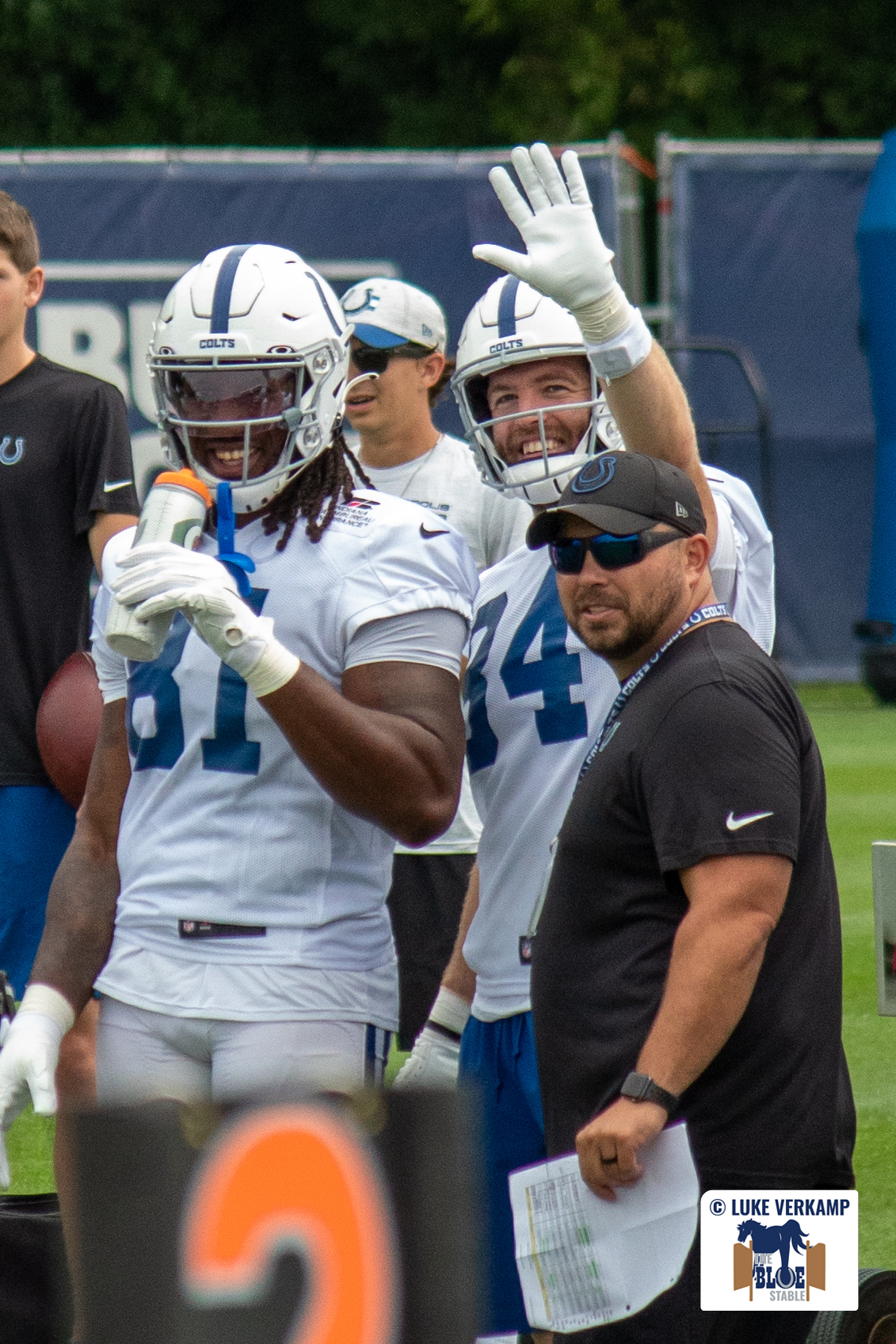 By Jack GuileyOctober 4, 2021No Comments

The Colts finally put together a performance capable of winning a game with a 27-17 win over the Miami Dolphins. While the offense was still largely inconsistent, they were able to put the ball in the end zone at a higher rate than they had been the past few weeks. The defense came back to life against a sputtering Dolphins offense led by Jacoby Brisset who only managed to put up 203 yards of total offense for his new team. If the Colts continue to get key players back from injury over the coming weeks and play closer to the level they showed today, they should be in contention for the division coming down the home stretch.

Colts fans collectively held their breath early when, in the shadow of his own goal line, Carson Wentz sprinted out to his left on a broken play and gingerly picked up the first down before awkwardly falling back to the Hard Rock Stadium turf. I was relieved to see Wentz moving closer to his normal self, as the progress from last week was evident. Overall, I wouldn’t rate Wentz’s performance above the level of a game manager, as he made the throws he needed to allow the Colts to be in a position to win the game. Hopefully, as the season goes on the offensive line gets healthier, Wentz gets more accustomed to his receivers, and the playcalling of Frank Reich becomes more efficient. After today, I have faith that all of these things are possible.

The Colts’ offensive line struggled mightily once again early with Julien Davenport getting beat multiple times for sacks. However once Matt Pryor came in to replace Davenport, Wentz was under less duress than he had been in his previous starts. Jonathan Taylor stepped up in a big way this week, as Frank Reich attempted to take some pressure off of Carson Wentz. Taylor rushed 16 times for 103 yards, including a 23-yard scamper to kick off the Colts scoring. Mo Alie-Cox, my Blue Stable Player of the Game also had two huge touchdown grabs to keep the Dolphins at bay. Today was the first time all year that the Colts’ offense looked like a top half of the league unit. As guys continue to come back and get healthy, this offense should only improve as the season goes on.

As I mentioned in my introduction, the defense came to play today. Yes, there were some big catches given up on the backend by Xavier Rhodes and Isaiah Rodgers to Devante Parker, but the pass rush finally was able to cause some havoc on Brissett who was sacked three times. We saw Kemomo Turay get two sacks, in what fans can only hope becomes a regular thing on Sundays. The Colts defensive line was also able to hold the Dolphins’ ground attack to 35 total yards of rushing, a reminder of the stout run defense Indy had last year. Both Darius Leonard and Bobby Okereke led the Colts in tackles with 8, while Leonard added a fumble recovery to put the Colts in scoring position. While the Dolphins offense certainly isn’t as high octane as some of the teams the Colts face in the coming weeks, the performance was still very good coming from a defense who needed a confidence boost.

The Blue Stable Player of the Game: Mo Alie-Cox

The player of the game award this week goes out to the former college basketball star Mo Alie-Cox. Cox came up big in the red zone twice for the Colts. He finished the game with 3 receptions for 42 yards and two touchdowns.

Looking ahead to next week, the Colts play the Baltimore Ravens on Monday Night Football in what is sure to be a challenging game all around. The Ravens have looked formidable on their way to a 3-1 record this season and will not overlook the Colts in primetime. If the Colts are able to knock off the Ravens in Baltimore, I believe we are looking at a team who would have the ship steering in the right direction, the playoffs.