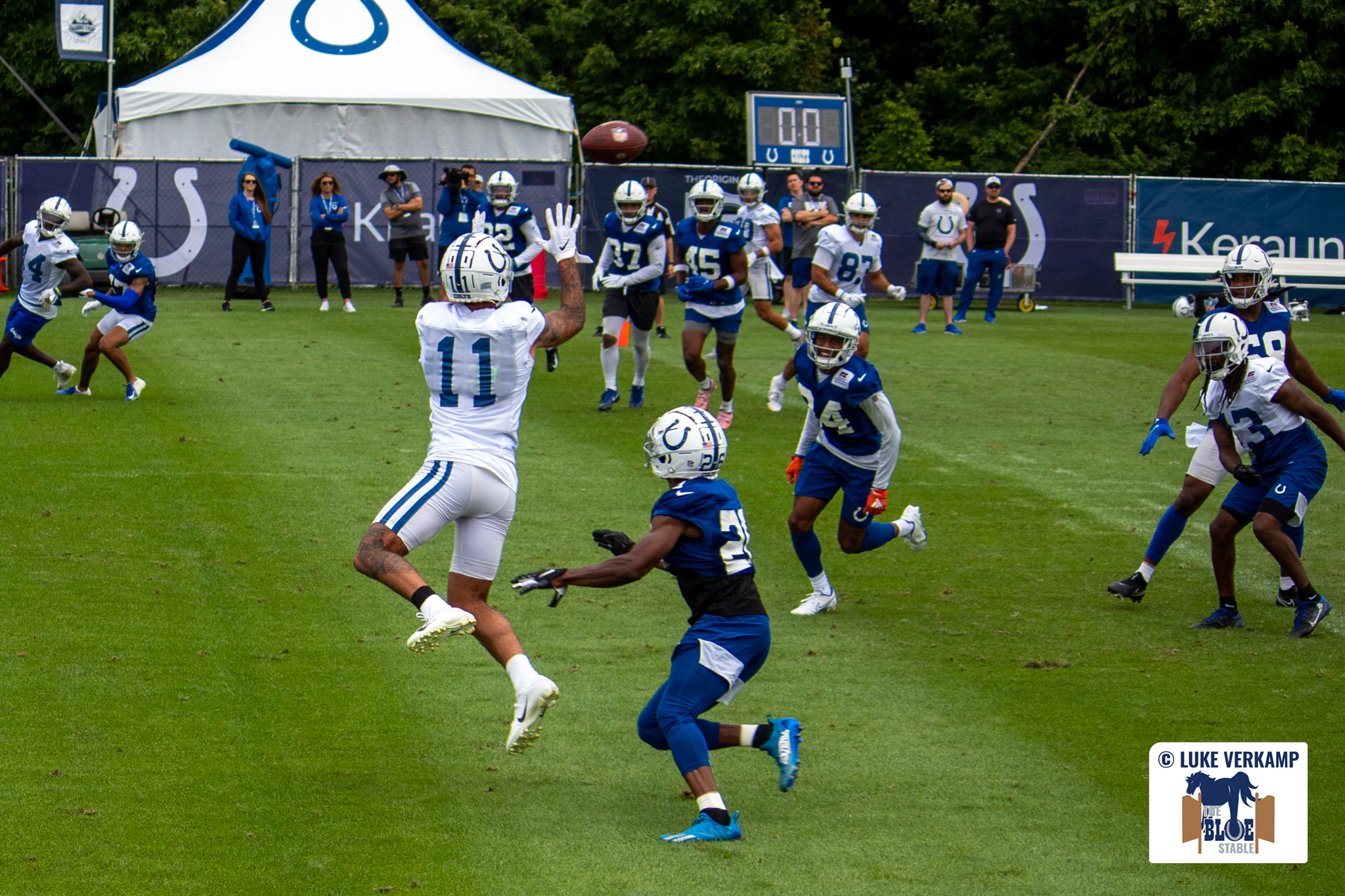 By Jack GuileyNovember 19, 2021No Comments

Week 11 is upcoming on the NFL calendar, and the Indianapolis Colts currently sit at .500 with a record of 5-5. It may feel redundant at this point to say this week is a big game but, when you’re a .500 football team a little over halfway through the regular season, every game is going to be huge. This upcoming two-game stretch for the Colts is a gauntlet that will serve as a true litmus test for the remaining season. Go 0-2 against the NFL’s best and watch your playoff chances go down the drain. Pull one game out, and you’re right in the thick of the AFC wild-card race.

This season, we have seen the Colts play well against contenders but not be able to close those games out, e.g. the Ravens and Titans games. The Bills boast a top passing defense that is allowing less than 200 yards per game through the air according to teamrankings.com. The rush defense is just as elite, coming in at third in the league, giving up an average of 84 yards per game. The Bills are led on offense by perennial MVP candidate Josh Allen who is back to his old self after a meeting with his doppelganger on the Jaguars and was subsequently shut down. Allen torched the lowly Jets defense for 366 yards and two touchdowns en route to a pristine 125.6 passer rating and a 45-17 win. Allen is complemented by a lethal group of receiving threats including All-Pro receiver Stefon Diggs, who is well on his way to a 1,000-yard campaign having already racked up 750 yards in 9 games. Emmanuel Sanders is the Bills’ second-leading receiver, followed by Cole Beasley, tight end Dawson Knox, and finally Gabriel Davis. The rushing attack is led by Devin Singletary who has tallied 398 yards on 80 carries. Josh Allen is actually the second-leading rusher on the team and does most of his damage when he’s able to get outside of the pocket and create, whether that be with his arm or his legs. The Colts should have some extra motivation going into this game as the playoff loss last year in Orchard Park still stings. I expect this to be a hard-fought, one-score game, that could come down to a game-winning field goal. Let’s just hope it’s Michael Badgely lining up to kick it.

The reason I put contain in quotation marks is that Josh Allen is going to make plays no matter what you do. However, he is the deadliest when he is able to escape the pocket and extend plays, allowing his receivers extra time to get open. Stefon Diggs has proven to be an expert in finding the holes in zones when Allen alludes pressure and scrambles. Interior pressure from DeForest Buckner, Grover Stewart, and Taylor Stallworth is going to be key in this game. If the defensive ends can simply keep Josh Allen in the pocket and the Colts get interior pressure, they could limit his effectiveness.

Jonathan Taylor is having the best statistical season of any running back in the league right now, and the Bills have one of the best pass defenses in the league. If the offensive line can win in the trenches, Taylor could continue to find success on the ground. The ground game will have to set up the downfield passing attack on Sunday, or else the offense will be ineffective. If Jonathan Taylor is consistently getting 4-5 yards per carry, the Bills linebackers will be drawn into their run fits quicker allowing the play-action passing game to take advantage of open hook/curl zones that have been vacated by those linebackers.

The only player listed as not practicing for the Colts was Anthony Chelsey who has an illness. Limited in practice were Xavier Rhodes, DeForest Buckner, Darius Leonard, and Jack Doyle.

For the Bills,  star linebacker Tremaine Edmunds didn’t practice. Coach Sean McDermott said he is considered “day to day”. Both Matt Millano and Cole Beasley were limited at practice on Thursday according to BillsWire. Right tackle Spencer Brown also landed on the reserve/COVID list earlier this week.

What to Watch For

Michael Pittman Jr. vs Tredavious White should be a fantastic battle to watch, as White has been playing some of the best football of his career. MPJ has also had himself a breakout year, and if he can continue the momentum he’s built from the last few weeks on Sunday, his name will continue to be mentioned among the best young receivers in the league.

Another thing to keep your eye on is how well Carson Wentz takes care of the ball. Buffalo leads the league with almost 3 takeaways per game. Wentz has done a magnificent job of limiting turnovers this season, and hopefully, he can continue this trend on Sunday.

Finally, how does the Colts’ pass defense hold up against Josh Allen and Co? Rock Ya-Sin has had a resurgent third season and Isaiah Rodgers has been solid in his limited playing time. Both Xavier Rhodes and TJ Carrie are also looking to make an impact as they return to the roster. In the back end, the Colts continue to play Andrew Sendejo and George Odum at safety, which hopefully the Bills can’t take advantage of as Khari Willis continues to work back off the injured reserve.