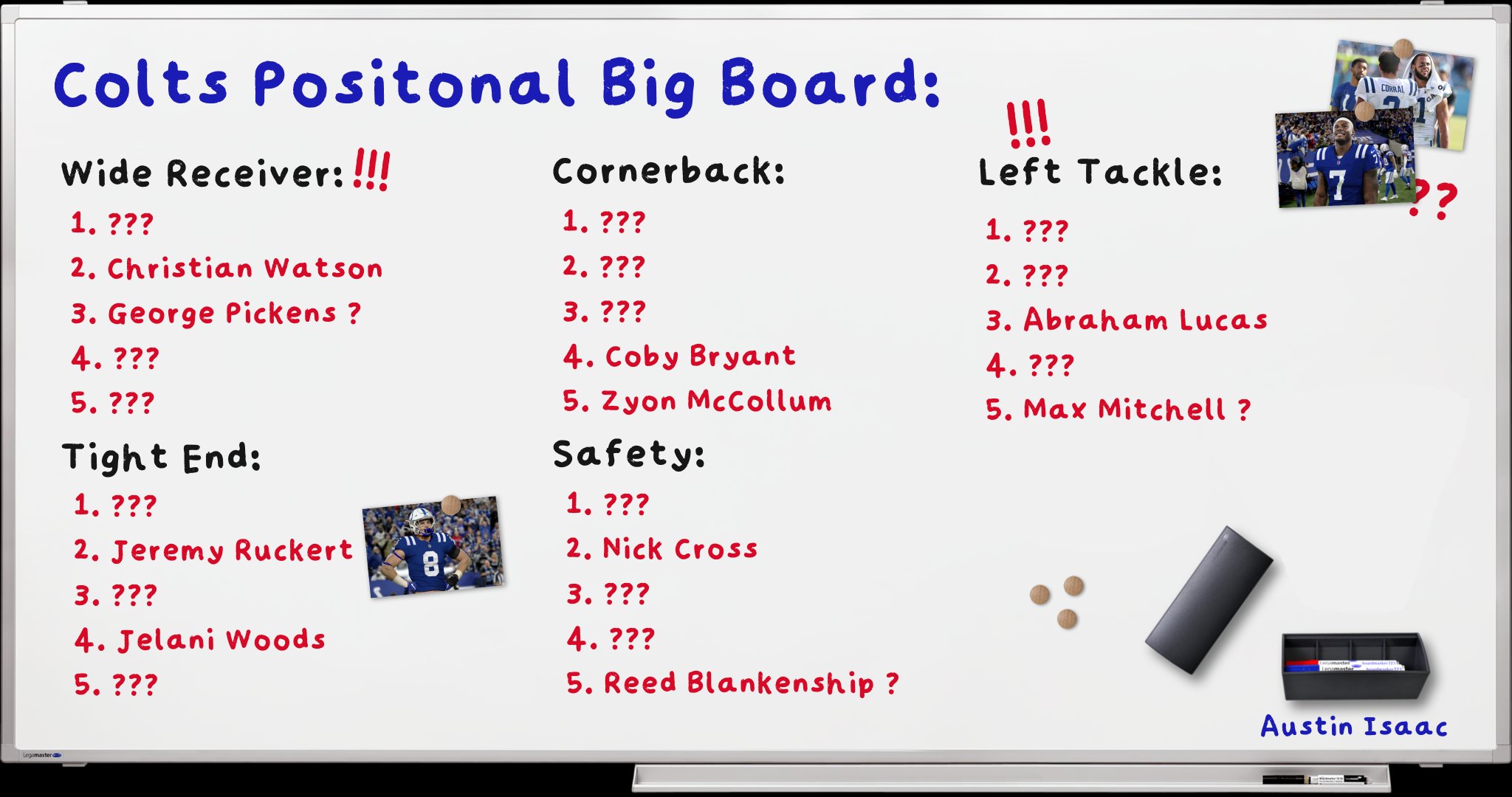 With the draft nearing closer, mock drafts are starting to become dry (may still put out one or two more before the Draft). Something we haven’t seen a lot of, however, is big boards. The Colts have some decisions to make this year and the positions of need are relatively obvious. There are lesser positions like the RB3 spot, depth at linebacker, and defensive tackles. I’ve gone ahead and broken down every major position of need for the Colts heading into the Draft and ranked the top options based on the area they should be taking that specific position.

To further elaborate, you’ll notice quarterbacks like Kenny Pickett and Malik Willis aren’t in the quarterback section, and that’s because they’re almost guaranteed to go in the first round. You’ll also notice the quarterbacks stop after the fourth option. That’s because if the Colts take one, it’s likely going to be a QB available at 42. These are the more realistic options for Indy at the positions they need.