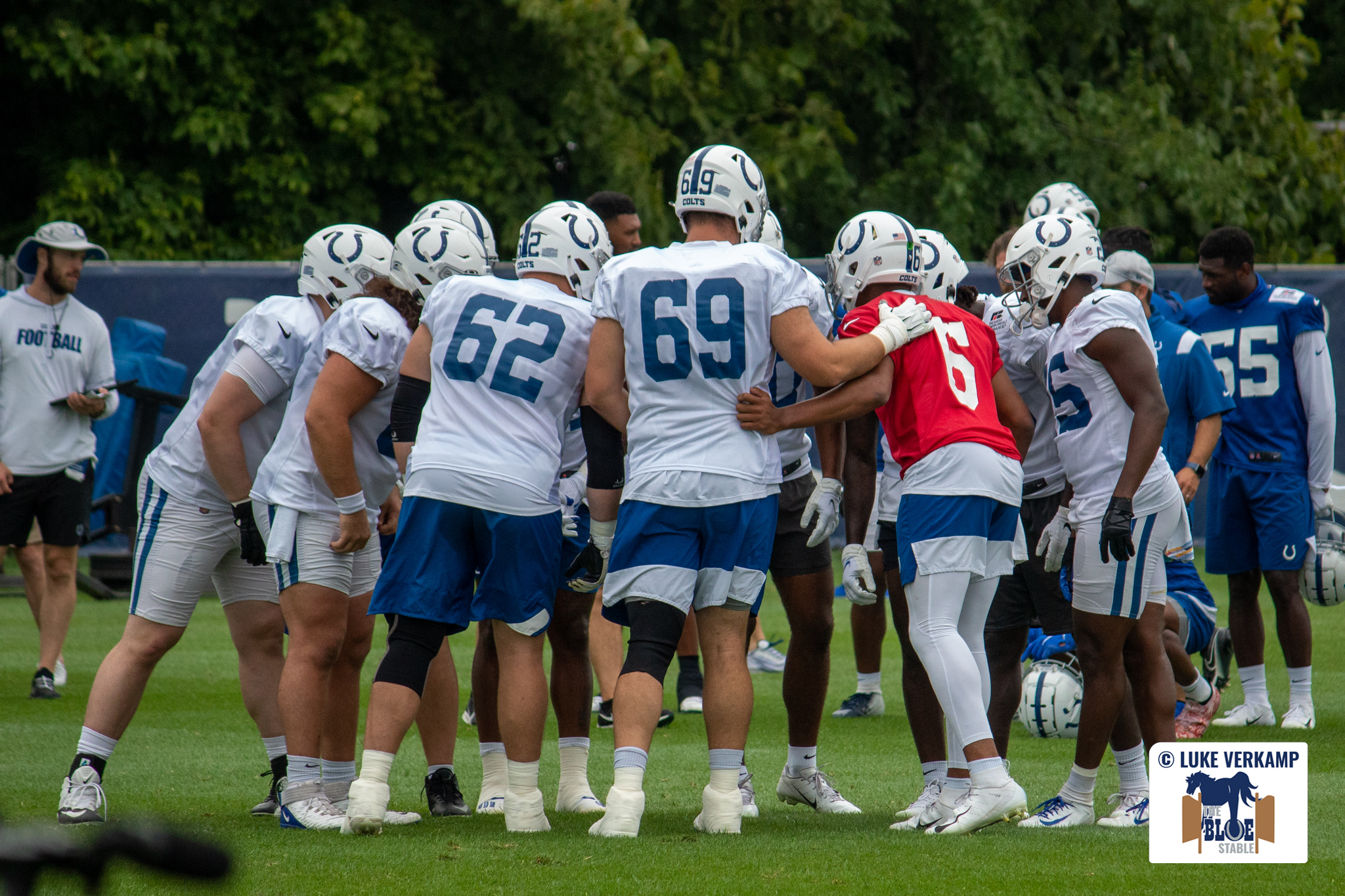 A Glimpse into a Perfect Off-Season for the Indianapolis Colts

Tonight the Indianapolis Colts take on the New England Patriots in a season-defining duel at Lucas Oil Stadium. The importance of this game is hard to overstate, as a win could solidify the Colts as a front runner for one of the AFC’s three wild card spots. The point of this article isn’t to undermine the rest of the Colts’ season as they have shown an ability to beat any team in the NFL, and a deep playoff run isn’t out of the question. Rather, with the off-season fast approaching, it is worthwhile to begin looking at how the Colts will retool throughout the spring and summer so another run at a Lombardi in the 2022-2023 season is possible.

According to Spotrac, the Colts will have 35 players under contract after this season, leaving them with about 57.5 dollars in cap space to work with in free agency. I project the Colts will bring back the following players:

Notice this list did not include Eric Fisher, Mark Glowinski, George Odum, TY Hilton, Marlon Mack, or Kemoko Turay. I believe Fisher’s price will exceed what Ballard is willing to pay, especially after an up and down season this year. More on the left tackle spot later. Ballard will probably also let Glowinski walk, as Chris Reed won’t command as much money and has taken a significant share of the snaps at guard this year even when Glowinski has been fully healthy. George Odum has expressed his discontent before with his contract situation last offseason, and I expect him to sign somewhere where he believes he can win the starting safety job. From what we’ve heard from TY Hilton, he will probably retire after this season. As one of the greatest receivers in this organization’s illustrious history, especially at that position group, Hilton deserves to retire a Colt. Hopefully, the team can send him out on a high note this year with a playoff run.

After resigning the 8 players I suggested to reasonable contracts, the Colts would be left with 38 million dollars. This is where I believe Ballard would finally put his cards on the table and open up the coffers a little. Making the team on paper at least, a front runner to win the AFC next year.

Mike Williams is coming into his own this year for the Chargers as a secondary option to Keenan Allen. Williams is on pace to surpass 1,000 yards receiving for only the second time in his career. This is mainly due to Williams largely avoiding injury this year. The reason I love the idea of this signing is because of Willaims large size at 6’4 218, almost identical to Michael Pittman’s frame, Williams and Pittman give Carson Wentz two big targets to throw to on the outside. Giving MPJ a running mate would not only benefit him but also take some pressure off of Jonathan Taylor as the Colts would present more of a passing threat with Williams added to the team.

Haason Reddick has proven he’s not a one-year sack wonder for the Carolina Panthers this year. After 12.5 sacks with the Arizona Cardinals last year, teams were scared away from Reddick in free agency due to his lack of production aside from his last year and being undersized as a defensive end. Reddick has quashed those fears with the Panthers this year by producing 10.5 sacks in 13 games and putting together solid performances against the run. Reddick would be bringing proven production to a young defensive line room who can’t solely rely on Kwity Paye and Dayo Odeyingbo to make a huge second-year leap.

Leno has played solid for the Washington Football Team this year and will cost significantly less than Eric Fisher, while still being solid as the blindside protector for Carson Wentz. Leno would serve as the stopgap for two years while the Colts develop a rookie tackle that I profile later.

All of these signings would still leave the Colts with 4 million in cap room, plenty of room to go into a season with if need be. Now onto the draft.

Chris Ballard has not shied away from taking risks on players who have injuries in late-season college games. Metchie is no exception, tearing his ACL in the SEC Championship Game. Metchie is a field stretcher for the Crimson Tide with fantastic speed and the ability to create separation with ease. Metchie would be the final piece of the puzzle for the wide receiver room to become a top 10 unit in the NFL.

If there is a way to bet on who Chris Ballard will draft come April, I would seriously suggest putting money on Alontae Taylor. Taylor stands for everything Ballard loves in a football player at a position group that will need some fresh faces after this season. Take this quote from Taylor’s player profile to get a sense of what this young man is all about, and how he fits Chris Ballard’s idea of an Indianapolis Colt. “One of the defensive leaders for the Vols on and off the field … Lockdown cornerback who has played in 45 games with 31 starts … Began his career as a wide receiver before moving to corner during the fall of 2018 … Selected to the SEC Football Leadership Council in 2020 where he is in his second term as vice chair … Voted to the post by his peers at the SEC meeting in February 2020 and was instrumental as a student voice in helping the SEC return to play during the COVID-19 pandemic … Notched four interceptions, 19 passes defended and three forced fumbles … Collected 162 total tackles, including 115 of the solo variety … Has scored a pair of defensive touchdowns, the first a fumble recovery in the end zone at No. 21 Auburn (10/13/18) his freshman season, then again senior year with a pick-six at No. 18 Kentucky (11/6/21) … Two-time member of the SEC Academic Honor Roll.”

Nelson has prototypical size and the athleticism to be a stud as an NFL Offensive lineman. He needs time to continue developing his technique and functional strength, however, which is where the signing of Leno Jr makes sense. Nelson could take two years to sit behind Leno and continue to develop before taking over the left tackle spot full time in his third year.

Boye Mafe is another player who is more athlete than pass rusher at this point in his development. But you begin to take players like that in the fourth round of the draft. A hustle player through and through, Mafe could turn into a very productive player if he is given time to refine his craft.

I wanted to highlight a prospect that most people probably haven’t heard of yet, but someone I think could be a productive depth player for the Colts. Strange is only 6 feet tall but has absolutely dominated at the FCS level. He’s a great athlete who has the ability to move well in space and anchor well in the pass pro. Strange would be a great addition to an already strong offensive line room.